The Ten Aristocrats are the ten families that rule over the ten territories in Shin Makoku that are not under direct rule of the Maou. 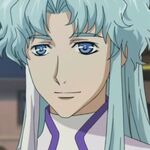 Lady von Rochefort rules this land. According to Gwendal, she is a fierce business woman.

Lord Von Gyllenhall rules this land. Günter explains that he has a love for beauty and has overseen many works of art by the artists in Shin Makoku.

Lord von Radford rules this land. According to Günter, he is a soldier among soldiers. Günter admits that he deeply admires him.

The Ten Aristocrats rule over one of the countries that border the Maou's immediate rule. They are involved in the daily running of the country.