Nozomu Sasaki
The Daikenja (双黒の大賢者), also know as Double Black Daikenja, was the adviser of King Shinou. He lived 4000 years ago during Shinou's time. His real name is unknown.

Shinou's father liked to play around with many women so he had many illegitimate children. The Daikenja is probably a child from one of his affairs,[1] making Shinou and him half-brothers.

4000 years ago, he went to Earth with Inferno on the Tundra and Mirror's Depth.[2] Since then he's been reincarnated many times and he has retained many of his memories from his past lives. His soul is currently Murata Ken.

In the anime, it seems he did not immediately go to Earth and had another reincarnation in the other world by the name of Jeneus. 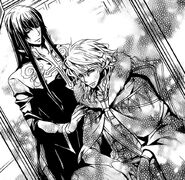 Portrait of Shinou and the Daikenja. 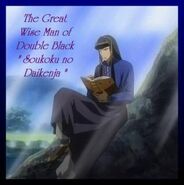 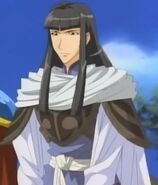 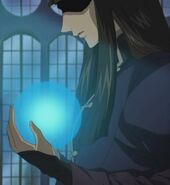